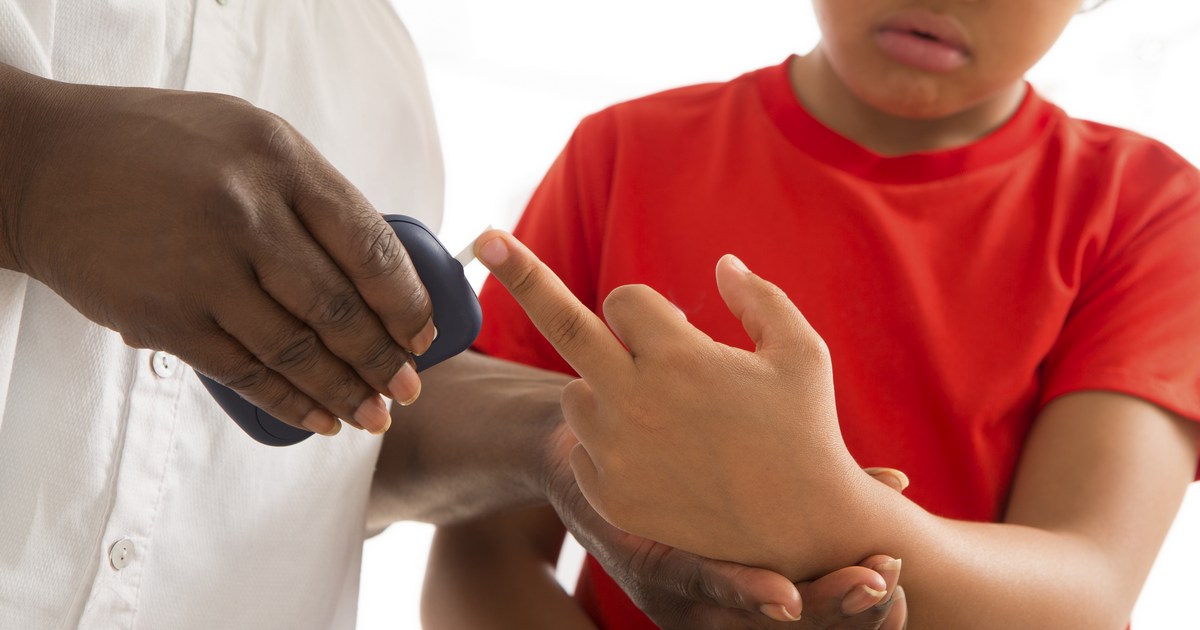 As our lifestyles have become more and more affected by the fast pace of modern society, our way of treating ourselves has suffered. Most of us tend to take the easy route to make daily life manageable: take-out foods, lack of exercise, fewer moments spent in nature, and more time spent in front of a screen are just some of the reasons why lifestyle diseases are on the rise.

Type 2 diabetes is one of those lifestyle diseases, which could have been prevented. Currently, more than 3.6 million Britons have been diagnosed with type 2 diabetes, which means that more than 5% of the UK population are taking medicines to manage their blood sugar levels – something that the body is perfectly capable of doing on its own, under normal circumstances.

In this article, we will look at what diabetes is, what the risk factors are for developing the condition and how CBD might be able to help both prevent and remediate diabetes.

In order for the carbohydrates in the food we eat to become useful energy, the body breaks them down into glucose. These sugar molecules are then absorbed by our cells through the use of insulin as a transporting peptide hormone.

The body regulates our energy storage by producing insulin to balance out the glucose in our blood, i.e. our blood sugar levels. However, if the body is stressed, our pancreas (which produces the insulin) and the entire endocrine system get confused, which over a longer period of time can create an imbalance between the levels of sugar and insulin in our blood.

Such an imbalance can cause diabetes.

Diabetes is a condition where the body stops producing enough insulin to keep the blood sugar levels in check. There are two types of diabetes; type 1, which is mainly seen in children and young adults, and type 2, which generally occurs among adults. Among diabetics, app. 10% are diagnosed with type 1 while 80% have type 2 diabetes.

The difference between the two types is that while type 1 diabetes is an autoimmune disease where the body inexplicably starts attacking its production of insulin, type 2 manifests as insulin resistance where the body gradually loses its ability to produce and receive sufficient amounts of insulin. The symptoms of diabetes varies from type to type, but also from person to person. Most often, the symptoms include excessive thirst and hunger, frequent urination, changes in weight, fatigue, inexplicable nausea, and/or slow healing of cuts and wounds.

The causes of diabetes can also be very different. As an autoimmune disease, the cause of type 1 diabetes is difficult to identify, but genetics, infections or an exposition to chemicals in foods have been identified as possible triggers for this type of diabetes. Meanwhile, obesity, age, diet, and lifestyle choices (such as activity level when it comes to exercise) are among the factors that can increase your risk of developing diabetes, particularly type 2.

Due to the many and at times diffuse variations of symptoms, causes and also types (including other rarer types than the ones mentioned) of diabetes, only medical tests performed by a doctor is able to diagnose diabetes. However, there are certain things that you can do to prevent the development of the condition, even if you are predisposed to it.

The treatment of diabetes also varies. Type 1 diabetes often requires daily injections with insulin in order to regulate the balance of the endocrine system. Meanwhile type 2 diabetes is usually treated without the use of medication and instead a higher focus on diet, exercise and daily monitoring of blood sugar levels.

Test your risk of Type 2 Diabetes

Additionally, modern research also suggests that CBD might be able to rebalance the endocrine system, which naturally brings our attention to how CBD oil can help diabetics.

In type 1 diabetes, the anti-inflammatory and antioxidant effects of CBD could help reduce the severity of the autoimmune reactions in the body. Such reactions include an inflamed pancreas, where an overactive immune response causes the body to attack itself and kill its own insulin. This is a flaw in the endocrine system, which can impair the function of many organs and internal balances throughout the entire body.

By reducing inflammations, CBD is able to help the body protect its own production of insulin, making sure that this is not damaged or broken down. In one study, researchers also found that the incidences of type 1 diabetes in animal models was reduced when the mice were given CBD. As such, CBD might carry the potential of preventing type 1 diabetes, although more research is needed to confirm this theory.

Research also shows that between 60-70% of diabetics have suffered some kind of damage to their nervous system, which again further confirms that there is a strong connection between an imbalanced endocannabinoid system (ECS) and diabetes. This is due to the close connection between our endocannabinoid system and central nervous system, where the ECS helps regulate and maintain our body’s response to threats – both internal (such as autoimmune disorders) and external (like virus and bacteria). So when the ECS is imbalanced due to a poor diet or lack of exercise, our nervous system is also negatively affected. To help rebalance these systems, CBD oil is a natural supplement with a lot of beneficial properties.

For the up to 70% of diabetics whose nervous system has been damaged by their condition, neuropathic pains is not uncommon. Because CBD has been shown to have analgesic effects, diabetics could find much-needed relief in CBD oil to ease their pain as well as reduce the inflammations, which can increase the intensity and frequency of pain. Furthermore, studies have found that CBD could also reduce the likelihood of developing neuropathic pains in the first place by preventing damage to the nervous system.

This important role of the endocannabinoid system in the development and prevention of diabetes is also highlighted by the ECS’ effect on our metabolism.

Although type 2 diabetes is not inherently linked to being overweight, then people who do carry a few too many pounds are more at risk of developing diabetes, particularly if these pounds are located in the abdominal area. This is because being overweight or obese causes inflammations in the body, which means that the body gets less sensitive to insulin. And the abdomen is there most of our organs are located, including the gut.

Our gut is the root to our health. If the microbes and natural bacteria in your gut is balanced and healthy, there is a high chance that you are feeling healthy and happy. Also our mental health is rooted in our gut, and naturally so: if you have an upset stomach, abdominal pains or other physical health issues, you get annoyed, but the balance of the microbes in the gut can also directly affect your mood.

This is because the gut is directly connected with our brain, hormonal system and many other bodily organs and systems. Scientists have even found that gut bacteria sends out the neurotransmitters that activate the production of serotonin, dopamine and other feel-good chemicals in our body. So if our gut is imbalanced, so is our mood and our general health.

Of those with type 2 diabetes, up to 82% are overweight or obese. The extra fat puts extra stress on the internal organs, including the gut. Also the pancreas can become stressed by the extra weight, which is the organ responsible for producing insulin.

As such, losing weight can both ease the level of stress that your body is exposed to which can worsen your diabetes, and also prevent (or at the very least postpone) the development of type 2 diabetes, if you are predisposed. Furthermore, a healthy weight combined with a balanced diet and regular exercise can help improve your mood and your body’s health, completely natural.

For those who may have trouble losing weight, CBD oil and whole-plant hemp extracts can be a helpful option. Studies have found that CBD and other non-psychoactive cannabinoids can rebalance the endocannabinoid system, which can help balance out your gut health. CBD contains the perfect balance between omegas 3 and 6, as well as a long line of other beneficial vitamins and minerals, which can all help your gut regain its strength. As such, by rebalancing your ECS, you have a greater chance of preventing diabetes and even restore a more balanced production of insulin.

Although CBD and whole-plant hemp oils have shown great promise in the management and possibly even the recovery of diabetes, it cannot replace your diabetes medicines if you are already taking any. Your body is most likely already used to the added insulin, which it needs in order to balance the levels of sugar in your blood.

Nonetheless, research does suggest that CBD oil can help you improve your gut health and also lose those extra pounds that could potentially worsen your diabetes; whether it be your resistance to insulin or due to your body attacking its own insulin production.

Furthermore, CBD can help reduce the inflammations that can cause diabetes to develop and root itself in your body, as well as many other medical conditions caused by inflammations, such as heart and vascular problems, pains and even cancer.

As such, there are several good reasons to both lose weight, balance your diet and supplement your daily activities with a CBD oil. However, as always, we encourage you to talk with your GP if you are already taking medications for your diabetes – or any other health issue. This is because CBD can possibly interfere with your other prescription medications. But even then, CBD oil is a fully natural and highly beneficial supplement to a healthy lifestyle with good foods, fun activities and a life without worries about blood sugar.